Singer Kelly Price has broken her silence after her family said she was missing following her announcement she had contracted Covid-19.

In a video interview with TMZ, the Grammy-nominated R&B and Gospel singer said she almost didn’t survive her bout with the virus. “At some point they lost me,” she said. “I woke up some days later, a couple days later, and the first thing I remember is the team of doctors standing around me and asking me if I knew what year it was.” When asked to clarify what she meant by “they lost me,” Price said “I died.” Price first shared that she had tested positive for Covid-19 on July 29. She has not shared whether or not she is vaccinated.

“I’m following Dr’s orders. I’m quarantined. Feeling really drained,” she wrote on Instagram. “Splitting headache but I’m not in the hospital. I’m grateful and expecting to have a quick recovery. #GodIsAHealer.” The singer then appeared to drop out of sight, and, according to the Atlanta Journal-Constitution, authorities in Cobb County, Georgia confirmed that a missing person report had been filed for Price. Price’s sister, Shanrae Price, went public with a plea for her to contact concerned family members so they could physically see her.

The singer’s attorney, Monica Ewing, told media outlets that Price was not missing, but merely recuperating. In the video shared on TMZ, Price said she had Covid for about a week at home with her husband taking care of her before he also tested positive right before she was rushed to the hospital with worsening symptoms, including a fever of 103 degrees. She said she was released from the hospital with an oxygen tank because of the shortage of beds and for the next four weeks had health care workers visiting her at home. “People were definitely seeing me,” Price said. “The people that could actually say something are not allowed to because of HIPAA [Health Insurance Portability and Accountability Act which guards the privacy of patients] law.” 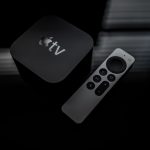