With 1,200 days of filming per year, the Phocaean city is the most filmed city in France after Paris.

On Monday 9 January, the State and local authorities unveiled the outlines of the film section of the “Marseille en grand” plan called for by Emmanuel Macron, with the ambition of making France’s second city “the film capital of the Mediterranean”.

“The idea is to make Marseille the Mediterranean capital of cinema and filming”, launched the Minister of Culture, Rima Abdul-Malak, at the signing of a protocol between the State, the Provence-Alpes-Côte d’Azur (PACA) region, the city and the Aix-Marseille-Provence metropolis. Initially, four projects will be pushed forward and financed to the tune of 22.5 million euros by the State.

Between now and the spring, projects for new filming and training facilities will be selected and financed in order to strengthen the network in a region that has just said goodbye to an institution, the series Plus belle la vie. In addition, by 2027, the region aims to create a cinema city bringing together the CinéFabrique and the branch of the cinémathèque on the Dock des Suds site.

In Marseille, “the light, the natural settings, the people (…), everything jumps out at you”, said the left-wing mayor Benoît Payan who, like the other local councillors, was not short of superlatives to thank the government for the attention it is paying to France’s second city through its “Marseille en grand” plan, which aims to stitch up France’s poorest big city in every respect, from schools to transport to culture. 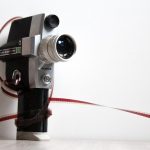